In this guide, we explore the different types of medications that can be prescribed for medical weight loss.

FDA approved, prescription only, Phentemine is a 12-hour release, amphetamine-type stimulant that decreases appetite and slightly raises the metabolism.

How Well Does It Work?

Phentermine suppresses your appetite so that you feel less hungry. It works by changing levels of brain chemicals (neurotransmitters) that affect mood and appetite.It may also slightly increase the rate at which your body burns calories.

Why Is It Used?

Appetite-suppressant medicines such as phentermine help people who are obese to lose weight. They are generally used with a weight-loss diet and exercise program.

How Well Does It Work?

A review of research reports that using 15 to 30 mg of phentermine daily resulted in an average weight loss of about 8 lbs more than when taking a placebo.

It is not entirely clear if metformin causes weight loss for most people with type 2 diabetes. At the very least, however, it seems that people taking metformin do not gain weight (a common problem with many other diabetes medications). It is not known if metformin has any effect on weight in people who do not have diabetes.

Weight loss was one of the most common side effects of Topamax, occurring in between 11 and 26 percent of patients taking the drug. According to Ortho-McNeil’s Topamax website, some patients lose weight, while taking Topamax, and the amount of weight loss varies according to the dosage taken. On his Bellaire Neurology website, Dr. Brian Loftus states that some patients lose as much as 15 to 20 percent of their body weight while taking between 100 and 200 mg Topamax, and they report that the weight loss is effortless.

Diethylpropion decreases appetite. It is used on a short-term basis (a few weeks), in combination with diet, to help you lose weight.

Drugs of this class used in obesity are commonly known as “anorectics” or “anorexigenics.” It has not been established, however, that the action of such drugs in treating obesity is primarily one of suppression. For example, other central nervous system actions or metabolic effects may be involved. Adult obese subjects instructed in dietary management and treated with “anorectic” drugs lose more weight on average than those treated with placebo and diet, as determined in relatively short-term clinical trials. The magnitude of increased weight loss of drug-treated patients over placebo-treated patients averages some fraction of a pound a week.

Educate Before You Eat – A Guide to Avoiding Unhealthy Foods

The Cold, Hard Facts about Obesity and The Myth of Being Big-Boned 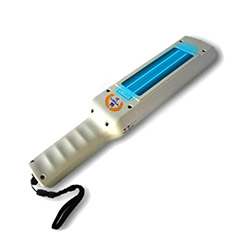 SI Medical Weight Loss is proud to use RAZOR-UV touchless sanitizing technology to clean our Alton, Belleville, and Marion locations. 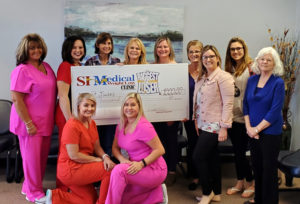